I live in London, a city that, in my humble opinion, is the best in the world. I love it. I consider myself a Londoner even though I was born elsewhere. I find that the history of London gives me a real sense of cultural identity. I know that my statement about it being the best city in the world may sound a little pretentious but hey, that’s what living in a big city does to you. London has history, the Royals, landmarks, money and a vibrant mix of cultures. The fact that other cities like New York have to tell you it is a melting pot probably means it isn’t. Londoners just get on with it, no bragging about multiculturalism, and enjoy the anonymity that big city life entails.

I mentioned that I wasn’t born in London. I grew up in Billericay, Essex. For those of you not from these shores it is a similar comparison to growing up in Ridgewood, New Jersey. I have family there and can tell you the similarities are astounding. Both places are leafy suburbs, both have small high streets or shopping areas, both are very close to big shopping centres or malls and both are part of the commuter belt to the big city.

Truth be told, I enjoyed growing up where I did. I could play on the street, I had a garden to build a rope swing and it was easy to get to school safely. Many of my close friends and family still live there and I enjoy visiting.

My move to London though was decided by a desire for excitement, a desire for anonymity (I would get in from being out in Billericay and my parents already knew what I had done and with whom) but above all else a feeling of cultural identity. Nick Hornby wrote about why those in the suburbs love to support football(soccer) teams in the big city, why they drop their H’s and speak in a London accent (‘can I elp you’ not ‘can I help you’) and why they pretend to be from London. It’s all about belonging to the city, the allure it gives you, the sense of identity.

It’s funny really, it reminds me of that famous godfather quote “every time I think I’m out, they pull me back in” my parents left London to raise a family (me and my sis, Hayley) and as soon as we we’re reached a certain age we both moved back in. we both enjoy telling people where we live. It gives us a sense of importance, probably a false one. It seems to us more impressive to come from the history and not the area people commute to the history.

As I said at the start, I love London. I know though, in the not so distant future, that I will make the same decision my parents made. I will move out of London for a bigger house and a calmer, greener way of life for me and my family. How long though I wonder until my son moves back in. 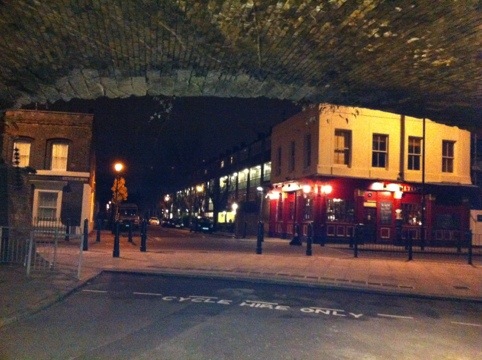