What did we do before mobile phones?

From time to time, I meet my grandma at a shopping centre not far from either of our houses. She will ask where we should meet and at what time. I give her a vague ‘let’s meet here at this time ish’ and leave it at that. If I am late or can’t remember where I said to meet I just call. I take out my phone, find her number, hit the call button (the one on the screen, not an actual button) and wait. Nothing. Repeat again and again but still no answer. I then finally arrive, 20 minutes late and feeling guilty. You see, my grandma isn’t used to having a mobile. She was telling me about when she was on the bus the other day, a phone kept ringing and ringing. She started to get annoyed and thought to herself ‘why won’t the person just answer it?’ Guess whose phone it was! Got it in one, it was hers.

I have, on occasion, left the house without my mobile and it feels like having one arm tied behind my back. I can’t read, listen to music, check my email or Facebook, I can’t text, I can’t blog! The one thing that I didn’t miss was the one thing that the device was originally invented for, even though I couldn’t make a phone call as I didn’t have my mobile phone that didn’t even make my top 5. Crazy really. I suppose it’s not the only thing where it’s original use has now become a secondary one. Here comes the list…

1) the Internet. Originally invented to share raw scientific data across vast distances instantly. I won’t talk about the most popular thing the Internet is used for but I will talk about what happens when you don’t have it. Our wifi broke down just before Christmas. Luckily we both have iPhones, this kinda got us through, but the lack of broadband and having to stand by the window to get connection meant actually having to go out to do Christmas shopping. Either way, not what the original inventor had in mind I’m sure.

2) coca-cola was invented as a medicinal tonic. I suppose it still is if you mix it with whiskey. Now one of the largest corporations in the world, sponsors of everything big (even Christmas), sold everywhere in the world and so famous it even has its own museum (in Vegas of course). In 1886 it was just a feel good tonic.

3) Viagra was originally used for certain heart patients, and to reduce the symptoms of certain heart/lung conditions. That is all I shall say about that.

4) my car. No longer is my car means of transportation, it is the worlds biggest buggy and stereo. When the boy falls asleep I am quite happy to sit in it, playing games and listening to music. sometimes, I’ll just take him for a drive to send him off.

I guess that makes a teacher who also writes or a writer that also teaches. Depends how the books sell I suppose. 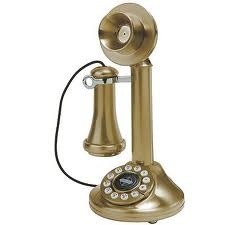