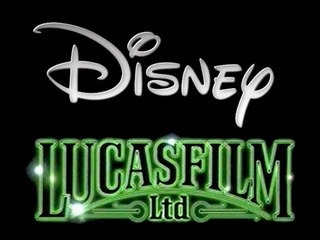 Something amazing has happened, something that was once declared dead has been resurrected and has had new life breathed into it. One of the most loved franchises in the sci-fi genre, or any other for that matter, is to be rebooted. At the helm will be Andy Fickman, a Disney director with a history of creating great family classics such as Race to Witch Mountain.

It has been revealed that Hamill, Ford and Fisher will play no part in the new films and that replacements have already been found for two of the three. The part of Luke Skywalker in the new film, set 20 years after Return of the Jedi, will be played by David Wenham (best known as Faramir in the Lord of the Rings trilogy), and the part of Han-solo will go to Disney favourite Robert Downey Jnr. The part of Leia is yet to be filled but rumours suggest that Sarah Jessica Parker is a front runner. Other lead roles will include the young offspring of Leia and Han, although who will play the 10 year old twin boys (Anakin and Bail) is anyones guess. They will be accompanied by animated characters such as Boo Dan Binks, son of Jar Jar, and Kana of Grentarik (home world of Yoda), who will feature heavily.

The plot is said to centre around the republic and its transition into peace time. A dark force rises and the young children are thrust to the forefront of the action when they are kidnapped by a Sith Lord named Seil-Lla. They must use their limited Jedi training to escape his clutches and, when they do, end up on a planet that mixes past, present and future. It appears to have taken a leaf out of the Star Trek universe and will revisit themes of previous films. It is hoped that this will allow the franchise to head in new directions and not be retrained by the older story lines and universe.

The hope of Disney is to try to attract the same audience that has made the Clone Wars animation series so successful. A source at Disney has said “They’re planning on expanding from Star Wars and making it part human, part animation ‘like Pete’s Dragon, but with Jedis’. They will be working with the Fantasia digital team who have promised the films will give a subtle nod to Disney classics along the way to celebrate the new partnership. Young Jedis mopping the deck of a star destroyer using the force to control the mops might be a little far but there will be plenty for die hard fans to find.”

It also appears that a new direction will be taken with the musical score to give the franchise a lighter feel. Disney stalwart Alan Menken, best know for his award winning soundtrack for Beauty and the Beast, will take the helm on producing the original pieces that will “mix and intertwine with the original Williams score.”

The new film named Star Wars: Death of the Republic, will open on May the 4th 2015. Advance press release and reviews are expected April 1st.

May the force be with you. 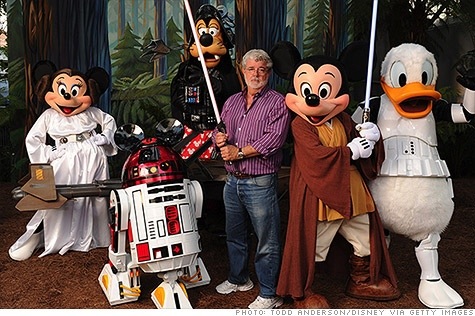 Disclaimer: this all totally made up and has no basis in fact or reality. It was fun to write though.