My friend Alex came over yesterday. We watched Blade. Alex had never seen it.

What makes a film timeless and what makes it of its time? Last night while watching Blade I noticed that it felt a bit dated. It was very much A 90’s film ( a fact that I IMDBed. Maybe I should try and get that into the urban dictionary.”I wanted to know what other films Kris Kristofferson had been in so I IMDBed it.” By the way he hasn’t been in as many films as you think, check it out. Oops, digression).
So what makes a film of its time and what makes it timeless? 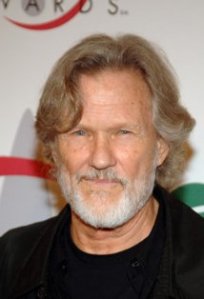 1) A film set in a certain time that is filmed at the time. Some films are set in the fifties and filmed in the 80’s. This seems to work as there is an effort to make the film authentic to the era. Blade was filmed in the 90’s and really feels like it. The clothes, the back drop the 90’s ness of it. I also think its one of those had to see it at the time films. If you saw it at the time you don’t notice the fact that it’s dated. Prime examples of this are a) The Goonies b) Ferris Buellers Day off and c) Mall Rats.
Some films can escape this trap but not many.

2) Sayings and phrases. As if! Cha-Ching! Bonus! Granted most of these are 90’s slang but that’s my comfort zone. It’s funny when you watch stuff back and have that ‘I used to say that all the time’ feeling. You can also tell the language is of it’s time when the older generation start using it 10 or 20 years later. My parents tell me they are having a chill out day quite often. I can’t remember the last time I put the out at the end of chill. What I also find amusing is that the current generation of kids laugh at me for my miss use of current slang (innit fam).

3) Technology. Will anyone watch the social network in 20 years time? Will any 20 year old even know what it is about? My 2 year old will never know a world without the Internet or the global domination of fruit named companies such as Apple and Blackberry. Give me an example I hear you shout. Fine, no need for that tone.

The Net
Angela Bennett’s a software engineer type who works from home and has few friends outside of cyberspace. Taking her first vacation in years she becomes embroiled in a web of computer espionage.

It’s not just that though, it’s the fact that they put a cassette tape in the tape deck in ‘White Men Can’t Jump’. A kid in my class found a tape in the stock room the other day and asked me what it was.

4) Special effects. Just go look at ‘The Last Starfighter’ and ‘Flight of the Navigator’.

Alex enjoyed the film by the way. I think it was more in a cheesy 90’s nostalgia way though.

All pictures in the blog today are from IMDB. I IMDBed them all.